Stress Resistance: Stressors such as high temperature, low or high humidity, frost, disease, insects and more, have a negative effect on plant metabolism, leading to a reduction in plant health. Applications of amino acids before, during and after stress conditions aids in preventing and enhancing the recovery effect for stressed plants.

Photosynthesis: A low photosynthesis rate leads to slow growth and plant death. Amino acids enhance the chlorophyll concentration in the plant, leading to a higher degree of photosynthesis and optimum coloring.

Increased Stomate Opening: Stomata control oxygen balance, macro/micronutrient absorption and gas absorption in plants. The opening of stomata is controlled by external factors such as light, humidity and temperature, as well as internal factions such as amino acid concentration and plant hormones. Amino acids such as L-glutamic acid act as an osmotic agent, aiding with stomata opening and increasing the absorption of macro/micronutrients as well as respiration.

Chelating Effect: When applied with micronutrients, amino acids have a chelating effect, making the absorption and transportation of micronutrients inside the plant easier. L-glycine and L-glutamic acid are known to be very effective at improving the rate of fertilizer absorption.

Equilibrium of Soil Bacteria: L-methionine is a precursor to growth factors that stabilize microbe cell walls. This type of equilibrium is a basic foundation for food mineralization, soil structure and root fertility. 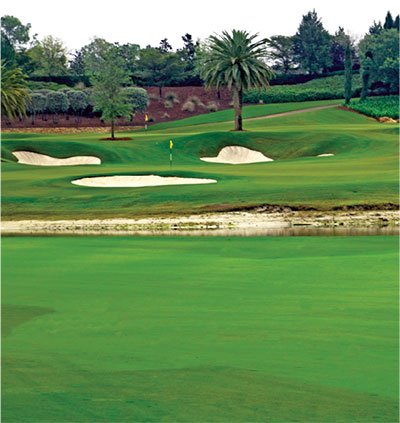 Get with the program

Whether it's greens, sports fields, or anything in between—G to Z has a program to fit your needs, and the products to fit any application.

SELECTING THE RIGHT PRODUCTS FOR YOUR NEEDS